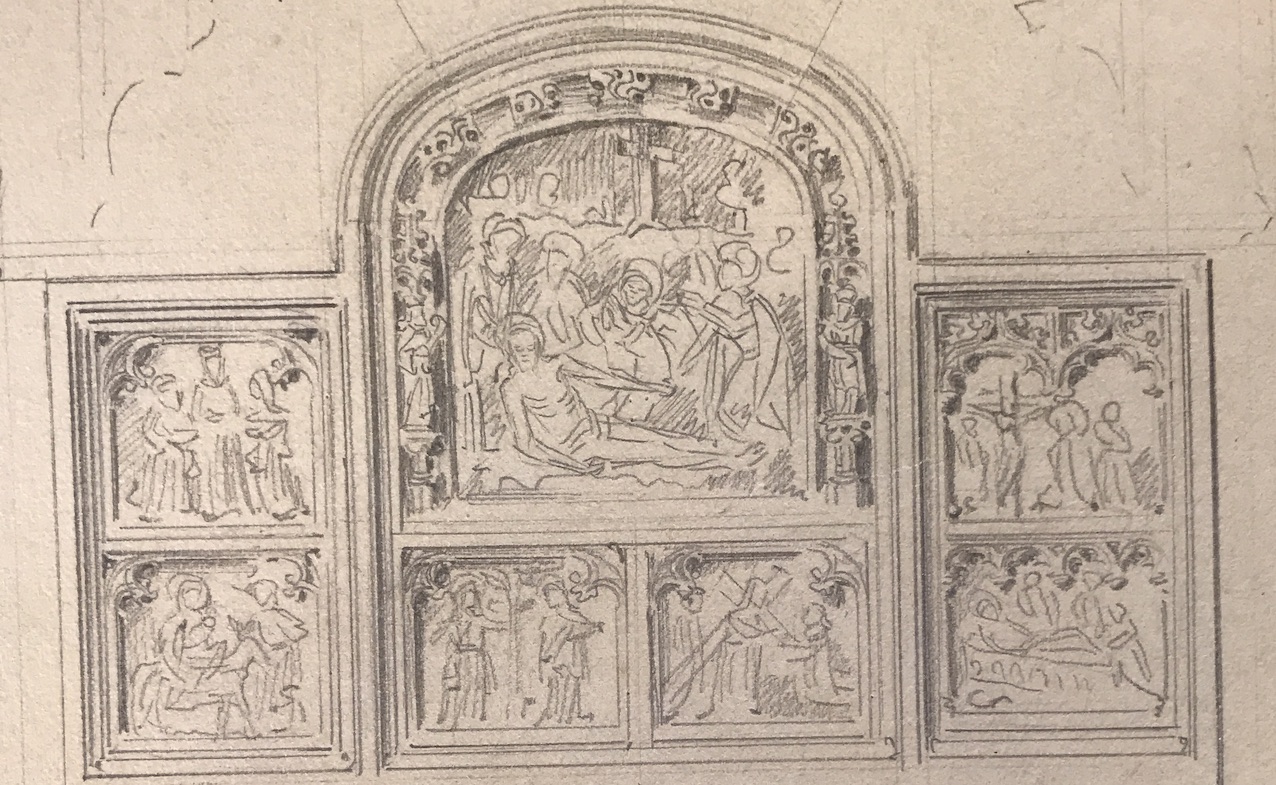 The doctoral research carried out by Noémie Petit at the Université libre de Bruxelles, with the support of the Périer-D’Ieteren Foundation, aims to demonstrate the unique character of neo-Gothic altarpieces in the Walloon Region. The corpus of studied works comprises altarpieces from the Saint Luke neo-Gothic movement (1862-1914), erected in medieval places of worship. This artistic and ideological current advocated a revival of the sacred through the arts and praised the Gothic style as the only truly Christian art form. The study of this corpus will be complemented by a most comprehensive consultation of the available archives.